Following the success of the international colloquium held in Cardiff, Dr Jamie Castell gave a series of talks and seminars on the eastern seaboard of the USA.

In order to explore future avenues for the ScienceHumanities, he met with academics at a number of different institutions, including the School of Forestry and Environmental Studies at Yale University, the Department of English and Princeton Environmental Institute at Princeton University, and the English Department and Center for Humanistic Inquiry at Amherst College.

His talk was entitled ‘Romanticism in the Anthropocene’ and considered how contemporary ecological circumstances impact on how we read Romantic poems. Focussing in particular on William Wordsworth’s The Ruined Cottage, it highlighted a difference between earlier, optimistic ecocritical accounts and newer approaches that might be taken in the Anthropocene. He argued that Romantic poetry more frequently challenges cognitive preconceptions about the natural world than is allowed, and also attempted to show the continued importance of critical engagements with past literatures in informing analysis of contemporary modes of thinking. 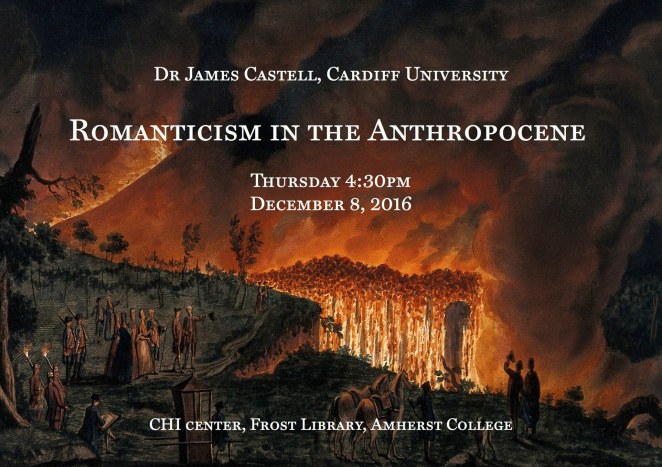