Spaces and Places of ScienceHumanities 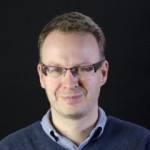 The ‘spatial turn’ has highlighted the mutability of space and its social production, and in doing so has drawn attention to how we need to think about what we mean by space and place. In Putting science in its place (2003) Livingstone importantly reminds us of how scientific knowledge is inherently geographical in terms of how it was produced, transmitted, and consumed, but why might we still need to separate out the spaces and places of sciences?

Historians have drawn attention to how cities provided crucial sites and contexts for those institutions where science was formulated, observed, and discussed from the hospital, laboratory, university, and museum to the physic garden, coffee shop, and public house, but these institutions were never just geographical or institutional locations for science. They were also representational of particular types of science and the meanings given to them. For example, in Victorian Britain the two sides of the anti-vivisection debate presented the sites of physiological experimentation differently; one pointed to the benefits of the knowledge produced in the laboratory, the other imagined the same laboratories as places of torture. But what is the difference between, say, the Natural History Museum, Kensington, as a space of science and a place of science? This is not a straightforward question to answer. Humanities scholars are sensitive to the range of sites in which science occurred in the past, but in their work there has often been a slippage between how ‘space’ and ‘place’ has been formulated. What approaches might we use to avoid this slippage? How might the humanities help the sciences understand the ‘spaces’ and ‘places’ that came to be associated with science and the meanings attached to them?

Work by the philosopher and sociologist Henri Lefebvre has been used as a way of conceptualizing space. For him, space represents a ‘multitude of intersections’ whereby spatial practices are by how people perform in their worlds, how spaces are represented in relation to production and ‘order’, and the representation of space through its associated images and symbolism. The Natural History Museum might offer a good opportunity for thinking about these intersections: how the knowledge created there was contingent on who worked there and the production and performance of science, and how the museum was a representational space as Waterhouse’s building embodied Owen’s vision of natural history and what a museum should be. Another example would be the nineteenth-century laboratory which increasingly became the space for experimentation and a representational space, either viewed as signifying ‘modern science’ or an ‘uncanny’ space associated with Gothic narratives seen in, for example, Collins’ Heart and Science (1883) or Wells’ The Island of Dr. Moreau (1896). Here we begin to encounter problems. Are we talking the Natural History Museum or the laboratory as a material or representational space? Clearly they can be both, but how might we separate out space and place to think about the material and the representational?

It might help scholars working at the interface between the science and the humanities to think about place as a different analytical category from space, an approach found in a growing body of scholarship in urban and environmental history. If we take space to mean material sites or locations for science, we can analyse them as concrete or material spaces. Given that the day-to-day work of the spaces in which science was performed has often been marginalised in writing about then and how they are presented for consumption, thinking about space in material ways assists in considering the everyday, the particular, the peculiar, and the production of science. Such an approach encourages a greater sensitivity to the contingent materialism of science and experimentation. It equally allows a deeper understanding of the gendering of scientific spaces and the cultures associated with them, and what Jerram refers to as “naïve empiricism” and the examination of the complex and dynamic social processes embedded in the spaces of science.[1] But where does this leave place?

The answer lies with the work of cultural geographers. Although geographers have used place to refer to location, they have increasingly drawn attention to how places had values, symbols, performances, and meanings associated with particular locations. As Tim Cresswell explains in Place (2007), place is space invested with meaning. In this framework, place can be considered a form of representation, an abstract of material space, but one also informed by the material life of these spaces. Unlike space, place does not need a location: place can be a particular site, such as the Cavendish Laboratory, Cambridge, or an imagined one.

Thinking about place in such ways allows us to extend our critique of how ideas associated with the laboratory or other places of science were used rhetorically or culturally. After all, it was often outside the laboratory that ‘one finds debates about what a laboratory should be’, which in turn found (re)expression in memoirs and in popular accounts of laboratories as heroic places of experimentation.[2] Although those working in the Medical Humanities are familiar with how the laboratory or museum was both a rhetorical and a practical resource, such an approach equally helps us delve deeper into the social meanings invested in the places of science by those who worked in them, visited them, wrote about them, or consumed them through a range of mediums. Furthermore, it offers ways in which to explore the performative nature of science. Hence, the laboratory can be framed as a real space in which science was produced or validated, whereas the laboratory as a place can be considered a cultural object – a place through which different forms of science or scientific ‘modernity’ are represented or imagined.